Thure Kumlien was one of Wisconsin’s earliest Swedish settlers and an accomplished ornithologist, botanist, and naturalist in the mid-1800s, though his name is not well known today. He settled on the shore of Lake Koshkonong in 1843 and soon began sending bird specimens to museums and collectors in Europe and the eastern United States, including the Smithsonian. Later, he prepared natural history exhibits for the newly established University of Wisconsin and became the first curator and third employee of the new Milwaukee Public Museum.

For all of his achievements, Kumlien never gained the widespread notoriety of Wisconsin naturalists John Muir or Aldo Leopold, yet his detailed observations of the Midwest’s natural world were hugely important to the fields of ornithology and botany. As this carefully researched and lovingly rendered biography proves, Thure Kumlien deserves to be remembered as one of Wisconsin’s most influential naturalists.

You may view this event on a laptop, smart phone, tablet or computer.

Enter your email address in the form at this link, and we will send you a link to the event a day or two beforehand https://docs.google.com/.../1FAIpQLScGF6EvYTO.../viewform...

Program brought to you by the The Virtual Project, a collaboration among Columbia County libraries to bring virtual programming to library patrons. 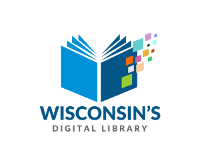